Wow! What a month August was! With XCOM, Saints Row 4, Splinter Cell: Blacklist and Payday 2 all selling big.

Lets hope September can measure up in the same way.

First up this month on September 3rd is the console release of Diablo 3. I think this has come way too late compared to the PC version. Unless of course that it was Activision Blizzard’s marketing strategy. But still, too little to late in my eyes.

Also coming in on September 3rd is the long awaited Total War: Rome 2. Can it live up to its predecessors and push the boundaries further? We shall wait and see. 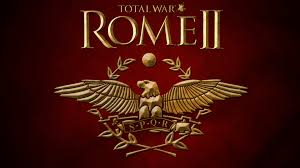 On the 10th of September we scare ourselves silly with the release of Amnesia: A Machine for Pigs. I cannot wait to see all of the lets play videos containing many many screams.

Following not far behind on the 12th, after 6 months of early access beta, is Arma III. With the release of this, i expect more people would hope more resources are pushed into the standalone of Day Z.

Not far behind comes the Vita version of Ubisoft’s Rayman Legends. Sitting in at number 6 after only 2 days of sales! There is a top tip for number 1 next week.

On the 17th, the most anticipated, most hyped game for the month. *Drumroll* GTA V! Perhaps even one of the most wanted games of the year this game, is money. The Hype train continues to choo choo all the way down the line. And so far, Rockstar are doing everything right to keep those waiting, constantly licking their lips.

Last, but by no means least, rounding out the month is FIFA 14. a guaranteed cash cow for EA, expect FIFA to knock GTA V off the top of the charts as soon as it gets released.

September is shaping up to be a big month, with many wallets being pulverized. I for one cannot wait to get my hands on the Grand Theft Goodness.

This entry was posted on 2013/09/02 by Justin Cutress in Gaming, Gaming News and tagged Gaming News.