The Humble Indie Bundle is now on its ninth iteration, and this one feels a bit special.  For once there is a bundle for which I do not actually own all the games (!), but among that we have a couple of titles that have gained indie fame.  For an average of $4.58 (at the time of writing):

‘Immerse yourself in brilliantly rich graphics and a wondrous magical world in this side-scrolling action-puzzle platformer. You’ll need to make use of a wizard, a thief, and a knight and their unique abilities in order to complete puzzles and defeat nasty-looking goblins and frightening dragons in Trine 2: Complete Story. Play by yourself and toggle between all 3 characters or play with up 2 other friends in co-op mode. Trine 2: Complete Story includes the Goblin Menace expansion campaign and the Dwarven Caverns level.’ 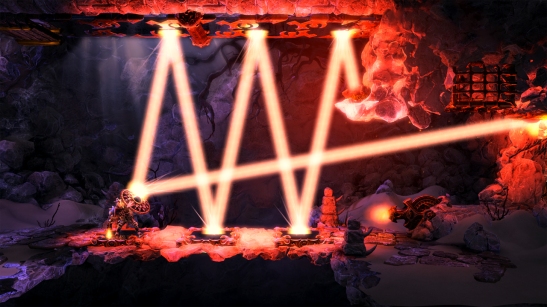 Mark of the Ninja

‘Test your ninja stealth skills in Mark of the Ninja, a side-scrolling stealth game where the possibilities are endless. Learn new techniques and arm yourself with distraction and attack items, like darts, noise makers, and grappling hooks, that will help you distract and sneak by the guards. Choose how you want to play – will you slay all the guards or use your stealth to just sneak by undetected?’

‘In Brütal Legend, play as roadie Eddie Riggs (Jack Black) as you rock out and lead a band of head-banging minions to defeat some nasty-looking demons. Featuring a cast of characters voiced and inspired by heavy metal musicians including Lemmy Kilmister, Ozzy Osbourne, and Lita Ford, the game is soaked to the bone with metal. Get ready to have long, luscious locks, larger-than-your head biceps, and a freakin’ awesome electric guitar that spits white lightning. And if walking is too slow for you, you’ve got a sweet ride to traverse the terrain quickly and plow through nuns and urchins and stuff.’ 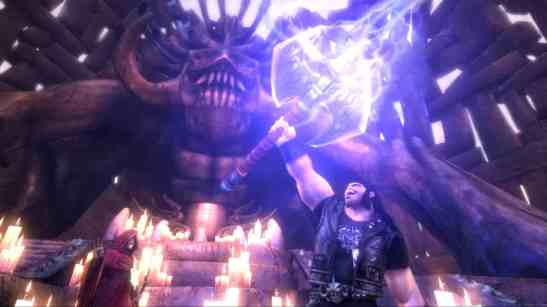 Pay more than the average, and get:

‘Captain a spaceship delivering critical intelligence to the Federation while being chased down by rebels in the top-down space strategy game FTL: Faster Than Light. Manage your crew through one-on-one ship combat and life or death situations, while making sure they don’t die from lack of oxygen, fires, or shots from one of an arsenal of weapons. Random scenarios make each trip through the galaxy one full of surprises and challenges.’

‘Explore new dimensions (starting with the third), and see the world from a different perspective in the colorfully detailed puzzle platformer FEZ. Explore the world as Gomez, an adorable white little dude, who finds himself wearing a magical fez that grants him the power to rotate his world, effectively turning 2-D into 3-D. The universe is collapsing and restoring it has fallen entirely on your tiny little shoulders.’

Out of the lot, there are a few points to mention:

This entry was posted on 2013/09/12 by Ian Cutress in Gaming News, PC and tagged Brutal Legend, FTL, Humble Bundle, PC.