From its inception, Blizzard’s Diablo 3 received extreme criticism for including an auction house were users could spend real money to buy items.  A system like this affords two main complaints:

This sort of ‘Pay To Win’ (PTW) mentality is one that persists among many free-to-play (FTP) online role playing games (RPGs) as well as mobile games, and many online users are not too fond of it.  Not only that, Blizzard makes 15% from every successful auction in Diablo 3, resulting in pure profit for the company that touts many millions of World of Warcraft subscribers investing their £10/month.

Along with this, countries with strict anti-gambling laws denied the system within their borders, such as South Korea, which means at least that Blizzard can turn the system off by locale.

The second point is one that gamers pointed out – those that play the game a regular amount to have in-game money to buy loot will no-longer be able to access the best items, as those will be auctioned for real money instead.  In means that gamers would be looking for items to sell during co-op play rather than enjoying the title and grinding in the way that MMOs are famous for.

But news has been released today that the real-money auction house is to close, in all regions, for good.  Josh Mosqueira, Game Director for Diablo 3, has stated that including it in the first place was a big mistake, ‘At the core of the Diablo experience is a promise of killing monsters, killing demons, for the promise of finding those epic items,‘ he explained. ‘The Auction Houses made that experience way too convenient and really short-circuited our core reward loop.’

Not only the real-money auction house is to close, but also the gold auction house, which some users might think is a step too far.  The date for the turn off is March 18th 2014, leaving users to decide whether to keep pursuing any ‘investment’, or to leave the game and focus on another title that allows real-money trading.  What it will do however is move real-money trading to other areas of the internet, even if it becomes part of the EULA not to sell items for money.  Be prepared to be spammed with websites selling gold come March.

The official announcement video is:

Diablo 3 is still one of the most highly rated MMOs available to play, so do not forget to purchase a copy if you have not already! 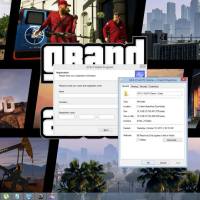