This weekend brings the Eurogamer Expo, and I [Justin] am there for all four days, bringing you an event diary of the goings on as both steward and consumer.

Because days 3&4 were not so eventful, I have decided to put them together. Partially due to my own choice to want to be on the stand of Hotline Miami 2. This I did not mind so much, purely just kicking back with the publishers, Devolver .

Fortunately for me, the first couple of hours of each day was a little quiet, which meant I could play on the stand if it was empty. Having seen the demo of Hotline Miami 2 played well in excess of about 50 times I thought id give it a miss. The other game on the stand, which I’d only heard very little about was Luftrausers.  I have to say, this game is a gem! I look forward to its release.

This brings a close to my 4 days at Eurogamer, nothing overly eventful, played a few games, saw a few more, and loved it. Roll on next year! Where again I will be stewarding and spending a day consumering. 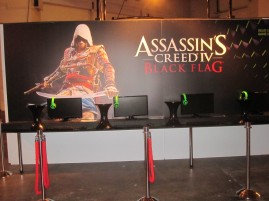 This morning I left for the EG Expo same time as yesterday, before the gates opened I was asked to go in for Steward duties to make sure everything was ready for the start of the show. Naturally this also meant scooting around the queue. Which is a pretty sweet deal.
So normal duties occur, making sure everything is on before doors open, making sure that everyone queuing up gets or is at least offered a show guide. Pretty easy stuff, definitely worth not having to queue.

This left me with a dilemma, where do I go first? I mean there is a lot of places I could be first in line for. Oculus Rift, Call of Duty, Elder Scrolls Online, Titanfall and the list goes on. My choice, despite not being the biggest fan of the genre, was Battlefield 4. Not playing many shooters (Only Battlefield Play4free with friends) I thought it was time to see how the game was going since the last console/pc release I had played, being Bad Company 2.

My choice was either Obliteration mode or Conquest, I thought conquest would be better for me. I am not the most fast paced player in the world but I could still be of some use. Games were 6v6 on a small 4 point map, consisting of a small 3 or 4 building complex, a Tank repair yard and some train carriages. Classes could not be chosen, but thankfully I was not a sniper. I wanted something where I could run into battle to be able to get a whole perspective.
Although the map was fairly small, there was still a couple of tanks and helicopters to be used. I decided to let others use the heli, which did not particularly go well towards the end. For me though, tanks ahoy.
Visually, the game was amazing and it was not running on PCs like Titanfall, this was on the Xbox One. and I am impressed. Something I’ll definitely look into buying, even if it does mean having Origin installed.

That was not all I got to try throughout the day. I got to play both Fifa 14 and Pro Evo 14, a comparison on that will be following this next game. Which is most definitely a belter. That is, The Crew. An open world driving game which can be joined with up to 3 of your friends is coming to PC, Xbox One and the PlayStation 4.

In the short time I played it, I loved it. The car that I was given was the Ford Focus RS, the low warbling sound of the engine as I tore around the hills, completing a few side missions such as point to point time trials, keeping within the lines all to earn medals. After about 5 minutes of this, an animation played, it was time for a group mission. The objective, to take down a runaway hummer. All 4 players on the stand, had their cars automatically modified to cope with multi-terrain crossing. This is by far my favourite bit of the game: all 4 players able to join up, from anywhere on the map, for some group missions. I cannot wait to see what happens with this game on release. I know ill be playing it on my PC.

Now, a battle that has lasted for many many years, going back and forth between the competitors. That is the battle for football game supremacy. In the interest of fairness, I played a game of each against a computer opponent, as exactly the same teams. My team of choice, Manchester United, vs Paris Saint Germain. PES is trying to up its game with the new Fox Engine – has it worked? Unfortunately not. Pro Evo takes so long to load into a game. just a simple match took in the region of 3 minutes worth of loading screens. At one point it felt like it was leasing a loading screen. Ages to load the team sheets and the stadium, then even longer to load everything else.
A case of one step forward, two steps back it seems, and as well as the ridiculous loading times the controls felt off.  Maybe this was due to me not playing Pro Evo any time recently but they were slow to react, at times were not doing as I was instructing and suffering from the same fate as Fifa, upon playing a ball, or the CPU playing a ball, completely swapping to the wrong player that is not near the ball to be able to try and get on the end of it.

Out of the two, this year, the victor is Fifa, the game looks better, it loads 10x better, the controls are smoother.  As a package, it is generally better than what PES can muster up in this years offering. Which will I buy? Neither, there are much better games out there and on the horizon. 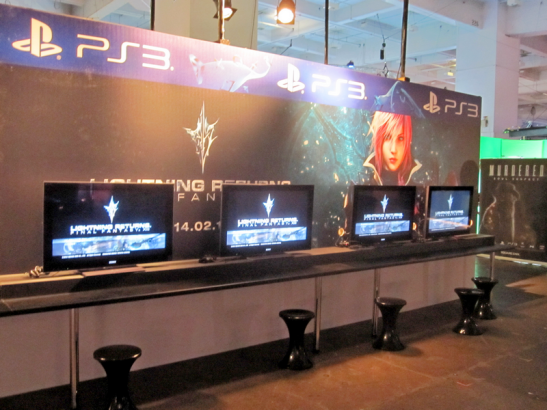 The last game I tried was the HD remake of FFX. The demo only playable until; the first boss, but my god the game looks good, whining bitchy Tidus’ voice aside. I cannot wait to pick this up for my PS Vita. Much HD Blitzball is to be had. 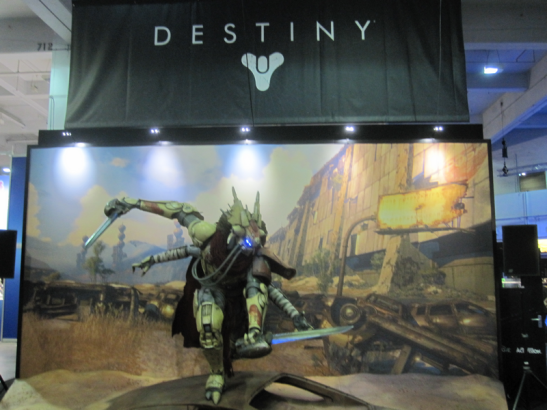 So, today is the day where everything kicks off.  People have been queuing at the door since 6pm the previous day.  At 7:30 AM the queues are already stretching far down the side of Earls Court – thankfully I do not have to wait, I am a steward.  First off, sorting out the front of the queue, today is a big day, the first time Call of Duty: Ghosts is playable in the UK.  As a treat, Activision offer the first 500 people to their stand a free Prestige Edition of the game on its release for the current generation of consoles.

In order to attempt to alleviate a lot of the pressure upon opening at 10am. The queue was filed into tunnels underneath Earls Court. Already people were tying to get as far up the queue as they possibly could, not caring of whom was there first. The goal was now who was there fastest. Most of them just trying to get the goodies up for grabs.

As expected 10 minutes before show time, most of the staff available to do so were placed around the Call of Duty stand. Doors open and the customers rush in. What can only be described as a tsunami occurred. Vast waves of human beings wanting nothing but to be in line for Call of Duty. Where was I? Of course, right in the way. In the centre of the main pathway for people to get to the stand. It was like a herd of wildebeest. Thankfully it all went without a hitch. The most impressive thing was that after 10 minutes, the 500 was there, and for the last of those 500 to get into the game, took over 2 and a half hours. However you want to look at it, that is dedication to the cause.

Unfortunately most of the rest of the day was uneventful, Although I did get a good look at Hotline Miami 2 and Luftrausers, having never had an interest in either of them before. The future of Indie Gaming looks brighter than ever and I for one, cannot wait for what’s coming. 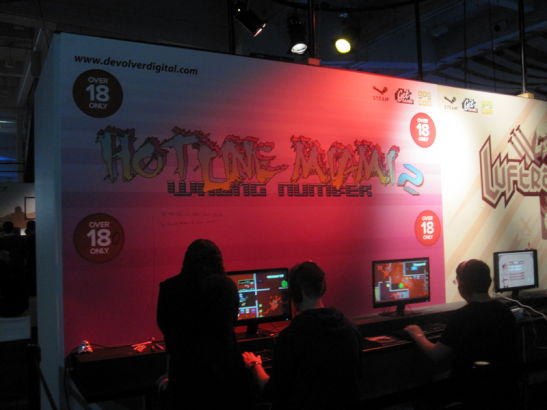 Fortunately tomorrow I am at the show as a consumer so ill get to go see the games. meet the people, take lots of pictures and possibly even some videos. 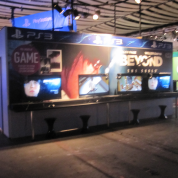 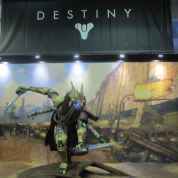 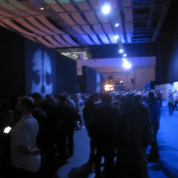 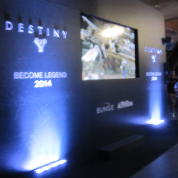 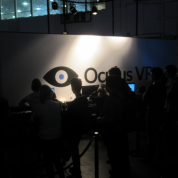 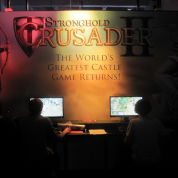 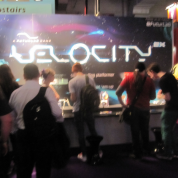